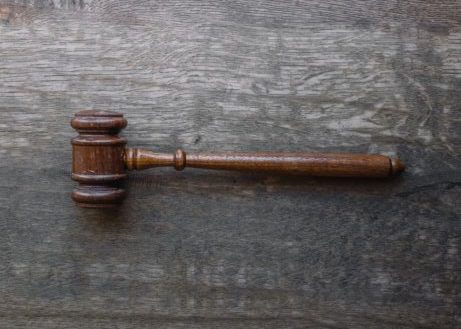 The high court has come to a decision- leaving almost 4 million women born in the 1950s uncompensated for the money they lost when the pension age was raised from 60 to 66.

Where did it all start?
The original UK state pension system only consisted of non-contributory benefits that were introduced by the Old Age Pensions Act 1908. The first contributory benefits scheme emerged in the Widows, Orphans and Old Age Contributory Pensions Act 1925. However, with these forms of state pension, many people died before even being able to claim it.
Quite the opposite to the circumstances in this current case.
From 1948, for more than 60 years, men received their state pension at 65 and women at the age of 60.
However, with an increased awareness about the need for gender equality, a timetable under the 1995 Pensions Act was created to equalise state pension age for men and women. The decision to tackle this was to increase female state pension age from 60 to 65- a change set to be phased in between 2010 and 2020.
This timetable was accelerated by 2010’s coalition Government. Under the 2011 Pensions Act, the new qualifying age of 65 for women to draw their state pension was brought forward to 2018, and is being raised to age 66 for both men and women by 2020, and 67 by 2028.

What does this mean?
As a result of these increases, around 3.8 million women born in the decade after 6th April 1950, especially those born from 6th April 1953, will potentially lose out on tens of thousands of pounds in state pension payments, some possibly losing out on more than £40,000.
Many women who had the knowledge that they would retire and receive state pension at 60 are now being made to wait longer; for some, more than 5 years. Because they had already planned their retirement around this age, many have fallen into financial difficulty. Those who solely relied on their state pension for retirement income were hit the hardest- having to cut back on using the heating and in some cases, having to visit food banks.

What action was taken to fight back?
Campaign groups Women Against State Pension Inequality (WASPI) and Backto60 claim that little to no personal notice was given, making the implementation of these changes unfair to those affected.
WASPI has been campaigning for ‘fair transitional arrangements for 1950s born women’, whereas Backto60 is seeking repayment for the years of state pension they have missed because of the changes.
Backto60 campaigners Julie Delve and Karen Glynn took the Department for Work and Pensions (DWP) to court, claiming that the changes were discriminatory based on age, sex and a combination of the two. They also mentioned that adequate notice was not given to adjust to or prepare for the years they would go without their state pension, and that the changes in both 1995 and 2011 had not been communicated clearly.
Although the majority of campaigners support the equality of the pension age, they feel that the way the Government introduced it was discriminatory. The argument is that many women are being hit harder by the change due to taking career breaks to care for children and often being paid less than men, meaning they could not save up as much in occupational pensions.
PM Boris Johnson’s pledge during the Conservative leadership campaign (to look at the state pension age issue with ‘fresh vigour’) was targeted during the case.
Joanne Welch from Backto60 said “If we were a political party, we would be the third biggest, so come on Boris Johnson”.
“There’s a general election coming up. You need our votes and we are holding you to that undertaking.”
She then continued to remain positive and declared “They can’t knock us back. We’ve got a fierce and powerful armoury behind us. As well as the 3.8 million women affected, we have the support of 215 MPs, Unite, Unison, TUC and others”.

What did the court say?
In a summary of the High Court’s decision to dismiss the case, Lord Justice Irwin and Mrs Justice Whipple said “There was no direct discrimination on grounds of sex, because this legislation does not treat women less favourably than men in law,”
“Rather it equalises a historic asymmetry between men and women and thereby corrects historic direct discrimination against men.”
The DWP defended itself and stated “It has always been our view that the changes we made to women’s State Pension age were entirely lawful and did not discriminate on any grounds.
The Court decided that arguments the claimants were not given adequate notice of changes to the state pension age could not be upheld. This follows the extensive communications that DWP made to publicise these changes over many years,”
It also added: “Raising State Pension age in line with life expectancy changes has been the policy of successive administrations over many years.”
AJ Bell senior analyst Tom Selby expressed his take on the changes, explaining “While some of these stories are heart-breaking, increases in the state pension age have been a long time coming and are deemed necessary to ensure the costs borne by younger taxpayers don’t spiral out of control.”

So what happens now?
The Labour party were one of the first to comment on what happened. Shadow Pensions Minister Jack Dromey revealed that the party will consult on measures and “analyse what support measures can be put in place once in government “to help ensure that all these women have security and dignity in older age”.
He noted that “the 1950s women helped build Britain and were let down by the government’s pension changes.”
“A grotesque injustice cannot be allowed to stand”.
“Labour has already made commitments to support the women affected including by extending pension credit to the most vulnerable.”

What can we learn?
Many women were left with a few more years to wait until they could draw their state pension- a few years they hadn’t planned for.
It’s likely that some of the women affected could be looking after elderly relatives or could be ill or disabled themselves, and finding employment again in your sixties could prove difficult for some.
However, as the state pension age will continue to rise (because we are all living longer on average), it is best to organise a financial plan that won’t leave you with nothing if changes like this happened again.
There are various different ways to fund retirement without solely depending on your state pension. Financial planners can advise you on the most tax-efficient places to store your money in the run up to retirement, and the best way to take your income from all of your different plans once you retire.
Taking a small amount of time out of your life now to plan for your future is worthwhile, and if recent events don’t prove it, what will?
Don’t get me wrong, those who had sorted a financial plan will still be annoyed that they are losing out on money that will not be compensated for, but they can still live comfortably and do the things they enjoy.
Those who hadn’t sorted a financial plan will be losing out on more than just some of their state pension- they could be losing thousands of pounds in tax by drawing income from the wrong places, amongst other things.
Retirement planning is very complex, so it is recommended that you seek advice from a qualified financial adviser who is regulated by the Financial Conduct Authority (FCA), and therefore covered by the Financial Ombudsman Service. Planning can take years, and is never really complete, as your lifestyle will continue to change as you grow older. So, starting sooner rather than later can mitigate the effects that sudden changes could have on you later down the line.

COVID-19.  Most people are wondering how it escalated from ‘someone in China eating a bat’ to a global pandemic, with more than 140,000 recorded cases and over 5,000 deaths worldwide. Alarmist headlines and news alerts of various media platforms don’t help; neither does the hysteria created on social media. We can’t deny that the virus

You Can Never Be Too Careful…

We’re all excited to see the advances throughout the new decade-with technology growing ever stronger. However, as technology advances, so do the scammers that thrive from targeting both individuals and businesses online or over the phone. We have recently had a case where a client had received a call from a ‘company’ who asked for

Decide Your Decade- The Choice is Yours

New Years are tough enough, but a whole decade. How could you possibly decide what you want, not just for the next 12 months, but the next 10 years. Where do you start? Well, the majority of people go for the most common resolution – being healthier. Eating better/starting a diet or exercising more/joining a